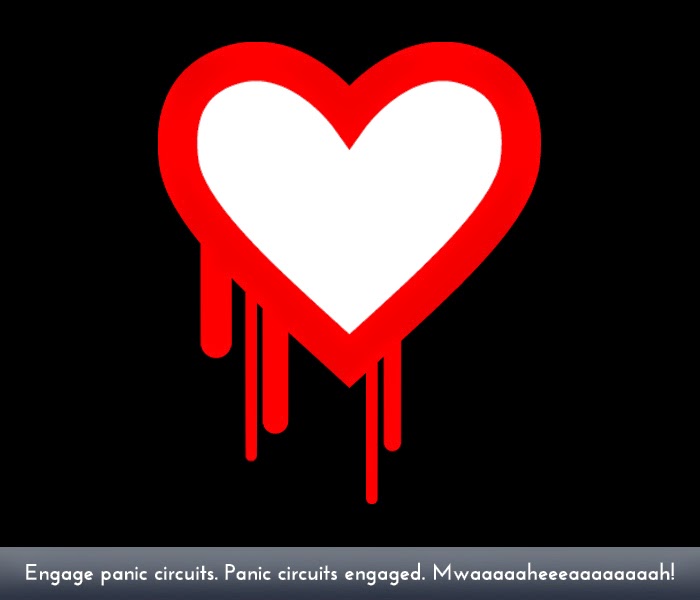 Well, this week's been interesting so far, ain't it? Look around the internet, and you'll see that the biggest news story of the week (nay, of the bleedin' decade) has been this heap big palaver about the Heartbleed bug. Yes, this was the week that the internet collectively cacked its pants, because... well, let's not play down the seriousness, Heartbleed is one of the worst security threats to ever hit the internet.

It is, in short, a clustersmurf of epic proportions.

But - and this is a big but - the most interesting bit about the Heartbleed situation, for me, is that it illuminates one surprisingly prevalent trait of human nature: humanity's inherent propensity for running round like headless chickens, proclaiming that the end is very bloody nigh. And do ye know what? It's all evolution's fault...

Female Aliens, or: Why Do People Insist On Putting Ladybumps On Lizards?

Blimey it's been a busy old month, what with one thing and another. There's the writing on the next book to keep on top of (which is loads of fun), there's some super-secret artwork that you've not seen yet, but that you will, eventually (which is also loads of fun)... yes, alright, basically, I'm saying that I've been having fun for a month, although it's fun that's actually productive at the same time, so basically, the key point to remember is that everyone's a winner!

I had another crack at sketching out a sookas, one of the eight foot-tall, right-wing lizards that call the Cynos Union home, and a close friend said something to me that made me smile, as he spotted more or less exactly why I made the sookas the way they are. Y'see, the sookas in the pic is a female (as is the one in the pic just up there, above this paragraph), and he quite rightly pointed out that a lot of people would instantly think it's a male...